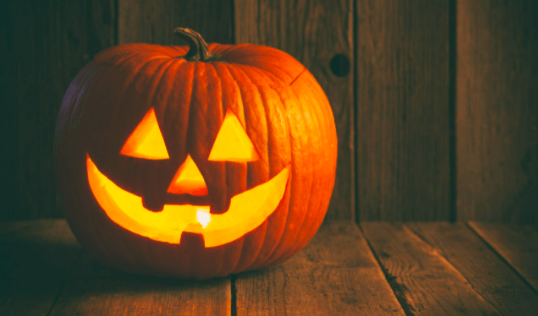 Halloween has always been my favourite holiday. I have always liked it even since I was little.I believe its due to me liking horror/scary stuff which strongly relates to Halloween in most scenarios.But the holiday hasn’t always been kittens and rainbows,So I am going to share some painfully embarrassing things that have happened revolving around Halloween.

One thing Im not necessarily proud of but not ashamed of happened in kindergarten.This was 7 years ago already! It was Halloween day and i was at school. Today we were aloud to wear the costumes we were going to wear when we went trick-or-treating later that day. I am not over exaggerating i swear ever girl in my class was either wearing a princess or fairy costume.The boys on the other class were all wearing super hero costumes,There was only about 4 boys in my class at this time. Then there was me dressed up as Ghostface. Yes 5 year old me thought it was a grand idea to dress up as fictional murder.The whole day my friends didn’t play with me even when I took off the mask.So the moral of the story don’t dress up as horror movie characters when your 5.

Another odd Halloween story I have is the story of the first time i went to a ‘Haunted House’, You know those houses that has people dressed up as creepy creatures and horror movie characters. Well I went with my aunt and cousin.I was in front of them because they were scared,So I was used as there bait.This incident didn’t occur until near the end of the house.We were in a room set up to look like a bathroom.I was not getting scared by the people who were working there because I was showing no fear when people would jump out and scare me.Until we got to this certain part.Someone who was dressed up as a zombie came out of the bathtub that was in the room. They scared me a lot,So much that i screamed ‘If someone scares me again Im going to throw up’.A few moments later another person came up behind and scared me.I lived by my word and vomited all over the floor:).The rest of the way through no one disturbed me and i got my money back from my ticket.So i guess the night ended on a sort of good note..?

Well even though Halloween sucks at some times,Ever holiday has there ups and downs.But in my opinion Halloween will always be the most superior holiday.

One thought on “Halloween memories”